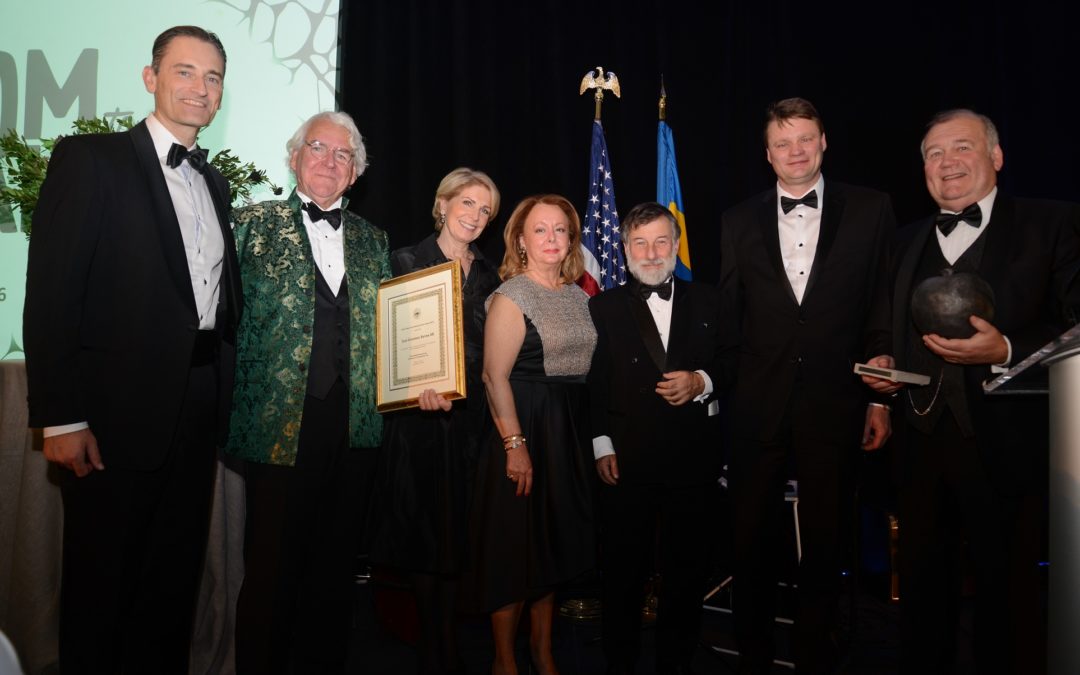 The winner of the 2016 The Swedish-American Chamber of Commerce (SACC) New York-Deloitte Green Award was presented to the Swedish company Just Common Sense AB, at the Green Gala Award Dinner at Apella, New York, on November 14, 2016.

The SACC New York-Deloitte Green Award is given to a company that demonstrates:
* A breakthrough “green” invention or technology,
* A proven technology or product ready to sell and ship, and,
* A need for the help and support in entering the U.S. market that the Swedish-American Chamber of Commerce in New York can offer.

The Gala Award Dinner is preceding the New York Green Summit, titled From Farm to Fork. This 9th Annual Green Summit focusing on sustainability with the theme:
”The Future of Food – Exploring the Secret of the Three-Course Pill”

Award Motivation
Based on the founder’s direct and solid knowledge of farming, the company JUST COMMON SENSE AB has developed a complete, mechanical system for weed management, facilitating wholly organic farming and saving owners money in the process. They call it CombCut, a name that itself describes the process. The equipment – simply explained as a set of sharp teeth and metal bars – is front-mounted on a tractor and combs the field near ground, cutting coarse weeds, like mustards and thistles, while letting the slender crop slip through unharmed. No need for herbicides and a bigger crop harvest for the farmer.