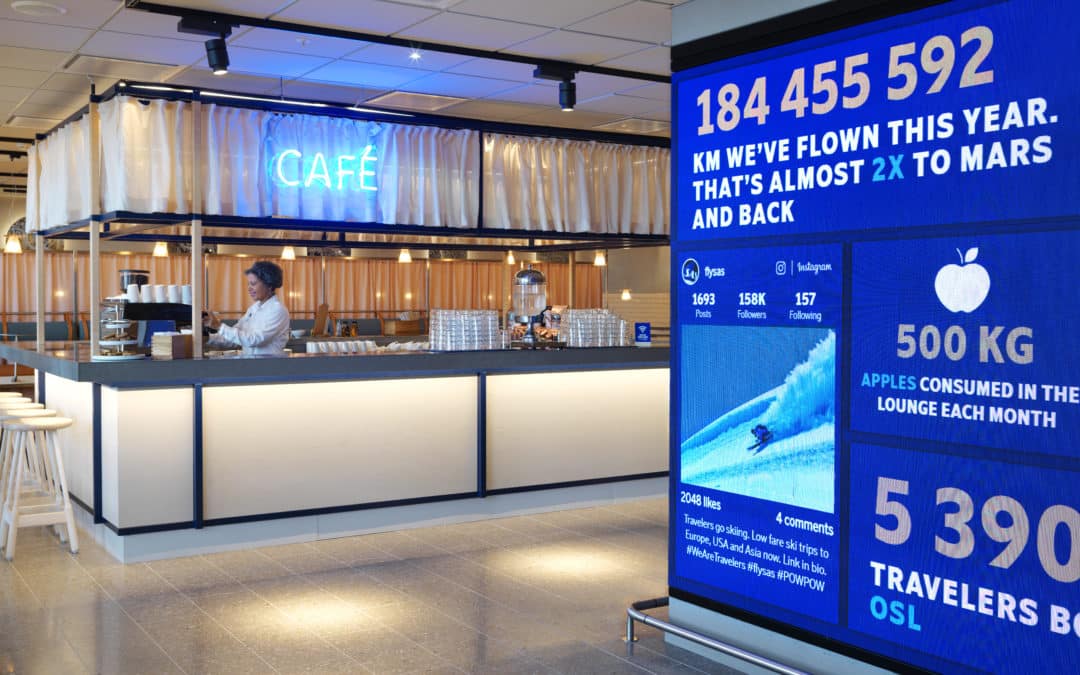 Where Innovation Takes off

Scandinavian Airlines Systems has been one of the industry leaders on numerous fronts by successfully delivering new innovative concepts that have been adapted by the entire industry. General Manager for SAS Americas, Max Knagge shares his view on innovation in the aviation industry with SACCNY.

Scandinavian Airlines Systems has been setting industry benchmarks for more than 70 years. On September 17, 1946, SAS with 28 special guests aboard flew on the brand-new Dan Viking DC-4 aircraft, decorated with a Viking dragon prow on its silver fuselage, from Bromma Airport in Stockholm to New York’s LaGuardia. The flight landed 25 hours later. A lot has changed since then, but what has not changed is the airline’s world-renown commitment to following trends, markets, and new technologies. Max Knagge, General Manager for SAS Americas, recently discussed with SACCNY the airline’s historic brand and the impact it has had on the industry as a whole, as well as the challenges to remain a leader in the 21st century.

Knagge listed a number of factors that set SAS apart from its competitors. “We have the best network of flights in Scandinavia, most non-stop flights to and from the United States, and a very strong product onboard our aircraft as well as on the ground.”

He added the fact that SAS is a Scandinavian company is what really differentiates it. “We integrate our Scandinavian DNA in all that we offer our customers, such as onboard design, our lounges, our Food & Beverage offering, “New Nordic by SAS,” and above all, the service our staff provides. We offer something other airlines do not offer and cannot emulate.”

Knagge stressed that innovation has been the cornerstone of the SAS heritage, which is evident over their Scandinavian Airlines Systems has been one of the industry leaders on numerous fronts by successfully delivering new innovative concepts that have been adapted by the entire industry. General Manager for SAS Americas, Max Knagge shares his view on innovation in the aviation industry with SACCNY. 9 long history and all the “firsts” that SAS has launched, including establishing the world’s first around-the-world service without change of aircraft. And, in 1969, SAS was the first Western airline to break the glass ceiling in the sky by hiring the first female pilot, Turi Wideroe of Norway.

As in most industries, a leader cannot rest on its laurels. Knagge is the first to admit the airline industry is a challenging one to compete in since it requires a lot of capital for buying or leasing aircrafts, a large staff to operate, and profit margins are razor thin. “With many airlines adding capacity, prices are also constantly under pressure,” he said. “An airline ticket today costs about the same as it did over 60 years ago.”

”The success of other Swedish companies in the U.S. further strengthens our market.”

In order to stay competitive, Knagge said that SAS needs to be relevant to their customers and that their target group is frequent travelers. Relevancy is measured in terms of where SAS flies, when it flies, the products and services it offers, and of course, its pricing and channels of communication. SAS also has legacy costs that continuously need to be addressed and are now reducing their cost base by an additional SEK 3B in order to stay competitive and allow for further investment in their customer service. One example of this effort is their newly renovated SAS lounge at Newark airport. Another edge SAS has over other competitors is the positive association so many Americans have with the Swedish brand. Knagge explains, “Being a Swedish and Scandinavian company has its pros and cons. If we focus on the positive aspects here in the U.S., the advantage is that Sweden and Scandinavia have a very strong position among U.S. citizens. SAS is considered a premium brand, which we can leverage. The interest in leisure travel to Sweden is steadily increasing with double-digit growth year after year. The success of other Swedish companies in the U.S. further strengthens our market.”

Several initiatives go hand-in-hand with leading on the tech front as well. SAS continues to assess and upgrade their AI. Through their “Chatbot” they handle questions from customers faster and continue to improve its quality.

With the latest tech upgrades, SAS is constantly looking at how they can further expand their network and offer more destinations to people who wish to travel between the U.S. and Scandinavia. New aircraft models with better range enable more options and new destinations.

Knagge said, “Technology is naturally a huge enabler to reach that goal. One example is NFC (Near Field Communication) where SAS was the first in its industry to use that technique to make check-in and boarding easier.”

Using partnerships with different tech providers is also an opportunity to differentiate SAS from its competitors, which they are doing in the Next Generation lounge which provides cutting edge tech services in a comfortable setting.

In March 2018, SAS will be an integral part of the South by Southwest (SXSW) tech conference by offering a direct flight from Stockholm to Austin, Texas. This trip offers SAS customers the ability to more easily participate at the world’s leading festival for tech, gaming, and music. And you guessed it, SAS will be there too, making sure they are on top of the latest technology developments. Knagge is fully aware of the dangers new tech brings and that requires ever tighter monitoring for cybersecurity.

He said, “The importance of the mobile platform and the need for an omnichannel approach within our industry has tremendous potential and can attract more customers. But more technology and more data also come with numerous security challenges. The new EU regulation regarding protection of personal data, GDPR (General Data Protection Regulation), is one area that will have significant impact for all industries.”

SAS will surely rise to the challenge. 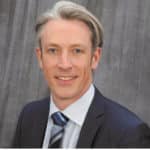 Get a 5-day Avis rental car included when you book SAS round-trip for 2 from the US to Copenhagen, Oslo or Stockholm.

Go to www.flysas.com to read more.

Did you know that we have more articles? See them here.