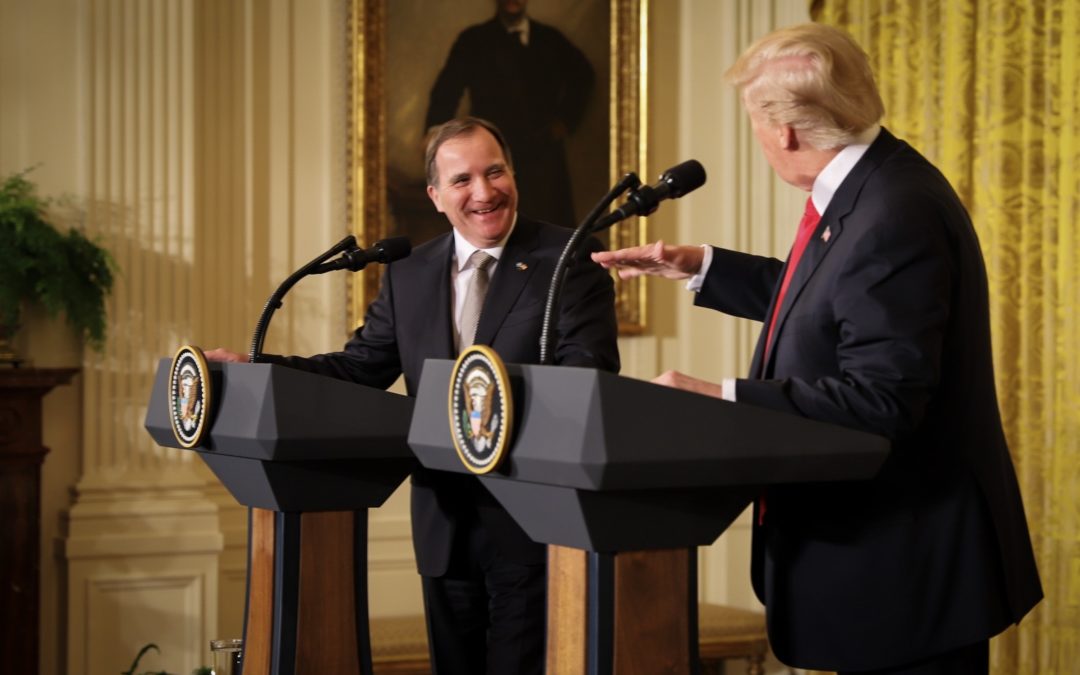 Meeting Followed by Dinner to Celebrate 200 Years of Diplomatic Relations

On March 6, the Swedish Prime Minister Stefan Löfven met U.S. President Donald Trump in Washington DC. The purpose of the meeting was to deepen and strengthen the relationship between Sweden and the U.S. and had a special focus on growth, innovation and job creation. Furthermore, topics such as external relations, defence and security were discussed as well as the pending tax tariff on aluminum and steel initiated by President Trump. As the first European leader to discuss the latter topic with Trump, Löfven managed to convey the message of the importance of free trade for the EU. Both leaders expressed their satisfaction with the relationship between Sweden and the U.S.

“Our relations with the United States are important, both for our economy and our security. Through our broad cooperation we create growth and security for our citizens,” says Löfven.

President Trump also pinpointed the importance of the relationship between Sweden and the U.S: “Sweden will always be helpful.  Sweden has been helpful in the past. They were very helpful, recently, with respect to something else. They are a great friend and a very competent friend.”

After the meeting, a dinner was held at House of Sweden to celebrate 200 years of successful diplomatic relations between Sweden and the U.S. SACCNY’s President Anna Throne-Holst, Chairman Karl Wellner and Member of the Executive Committee David E.R Dangoor attended the celebration dinner at the Swedish Embassy.

5 Quick Facts on the Relationship Between the U.S. and Sweden

Relations between the United States and Sweden are built on a shared heritage that dates back to 1638 when the first Swedish immigrants arrived on the shores of Delaware. Below are some key figures, brought by the U.S Department of State, mirroring this relationship today: