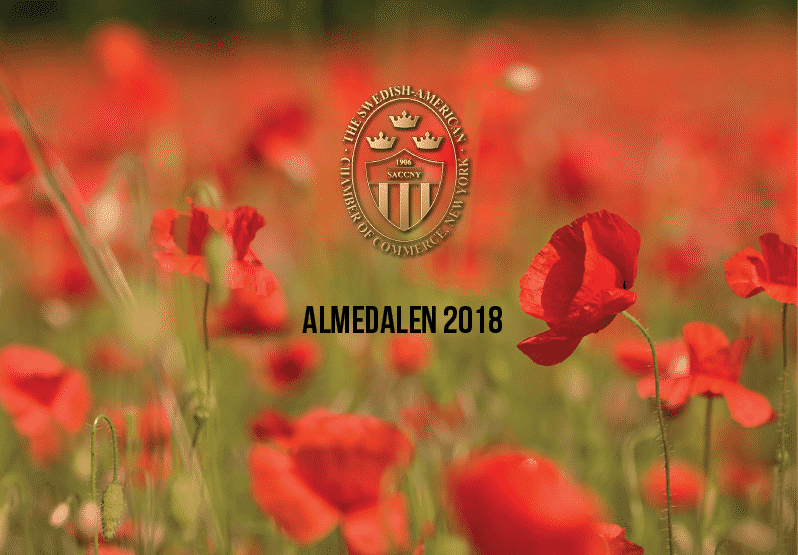 The Four Big Topics in Almedalen

Sustainability, Sweden the Brand, Business in the U.S. and Entrepreneurship

The Almedalen Week celebrated its 50th anniversary this year. For those of you who are unfamiliar with the unique event, one could describe it as a democratic platform where representatives from the political, as well as financial and social arenas in Sweden, gather to discuss societal issues, innovation, and the future of business. The Almedalen Week is an important platform for both educational and inspirational purposes, and this year three SACCNY representatives were present to participate in panels and business networking events; our President, Anna Throne-Holst, our Business Services Manager, Johannes Jarl, and Yasmina Backström, our Head of Communications. During the week, Anna Throne-Holst took part in numerous seminars and panels which were focused on topics such as, climate change, Sweden as a brand, Swedish Business in the United States and the Swedish entrepreneurial boom.

How do we encourage conversations on Sustainability in the next election?
Arranged by: Hagainitiativet and Mistra Geopolitics, and the Stockholm Environment Institute

It is undeniable that our world is facing greater environmental challenges than ever before, and it is paramount that we take responsibility for, and try to minimize our ecological footprints. But how? Mistra Geopolitics, Stockholm Environment Institute and Hagainitiativet invited panelists including representatives from: SACCNY, Stockholm Exergi, Green Cargo and Preem to participate in a panel centered around climate change. One of the main takeaways was that collaborations between various industries and sectors are vital, as well as the individual carries part of the responsibility and is able to contribute by acting environmental consciously. Anna Throne-Holst added: “We need to involve the next generation of leaders and dare to let them take the lead in attaining the Sustainable Development Goals, set by the United Nations.” 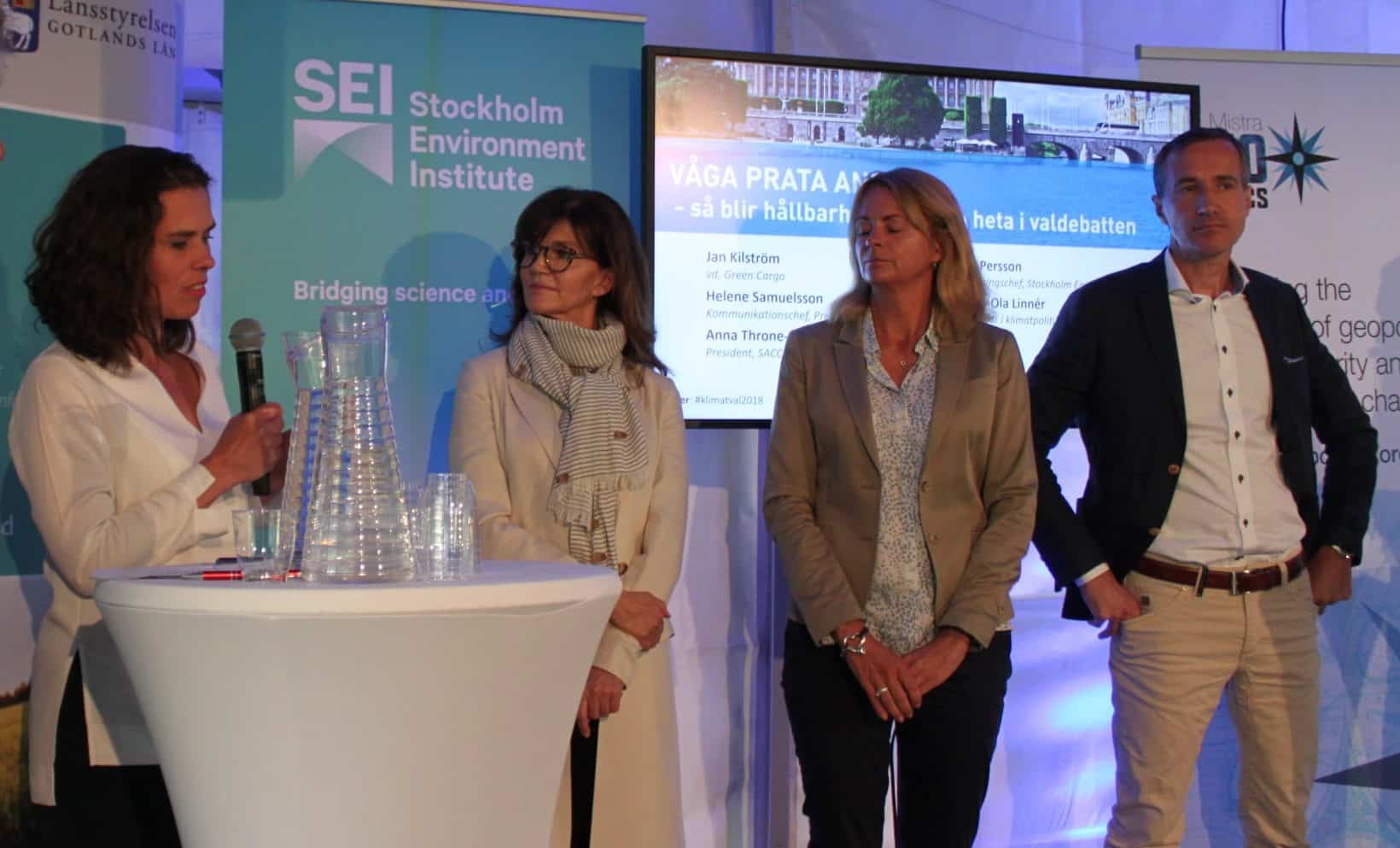 How can companies use their Swedish heritage to their advantage when expanding globally?
Arranged by: Serendipity Challenge

This seminar, organized by Serendipity Challenge, was focused on if and how Swedish companies can benefit from being Swedish when establishing their business in foreign markets. Sweden is perceived as a liberal and innovative country with an open-minded population. In fact, Forbes named Sweden the best country for Business in 2017. SACCNY’s President, Anna Throne-Holst, claimed that in today’s world, companies need to focus on more than solely making money, for instance taking environmental responsibility or ensuring gender equality, and that Swedish companies are among the best in the world to take such action. She continued, “ In my opinion, Sweden has taken over as the land of opportunity today; the access to free education and the existing safety net provided by the government makes Swedes able to take risks and able to serve as a great example when going abroad.” Annika Rembe, Director-General of the Swedish Institute, further noted that Sweden is also world-leading in Sustainable development, and Swedish firms can inspire and educate foreign companies on how to operate more environmentally friendly. In conclusion, all participants in the seminar agreed that being Swedish is a great asset for companies when expanding abroad. 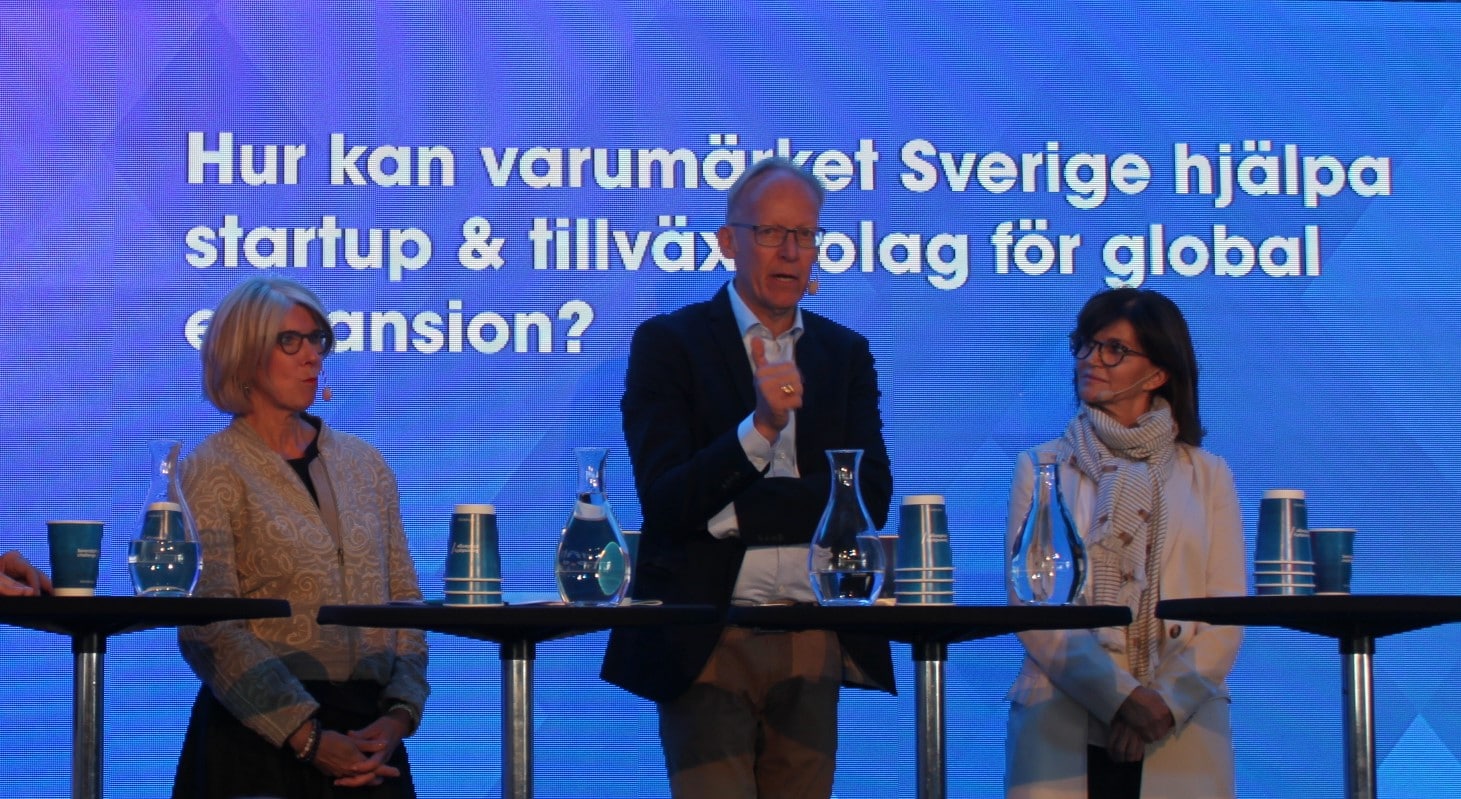 The Swedish entrepreneurial boom – how long can it continue?
Arranged by: Dagens Industri, Financial Times

The Swedish entrepreneurial arena has truly blossomed in the past year, and prominent startups such as Skype, Spotify and Klarna have continued their success stories in many countries abroad. Dagens Industri and the Financial Times organized a panel in which the participants, including Anna Throne-Holst, discussed how we can assure that the entrepreneurship continues to flourish in Sweden. More specifically, the dialogue focused on how the Government and existing companies can work together to support the next generation of entrepreneurs. Hugh Carnagy, Executive newspaper editor at the Financial Times, explained that in order to secure the future of the entrepreneurial boom, we must adopt an “entrepreneurial mindset”, in order for it to be completely embedded in our society. Marie Wall, Deputy Director Startups of Ministry of Enterprise and Innovation, moreover, noted that it is imperative that we focus on helping startups scale up, rather than simply encouraging the birth of new companies. She stated, “We cannot only start companies, we need to let them grow and develop.” 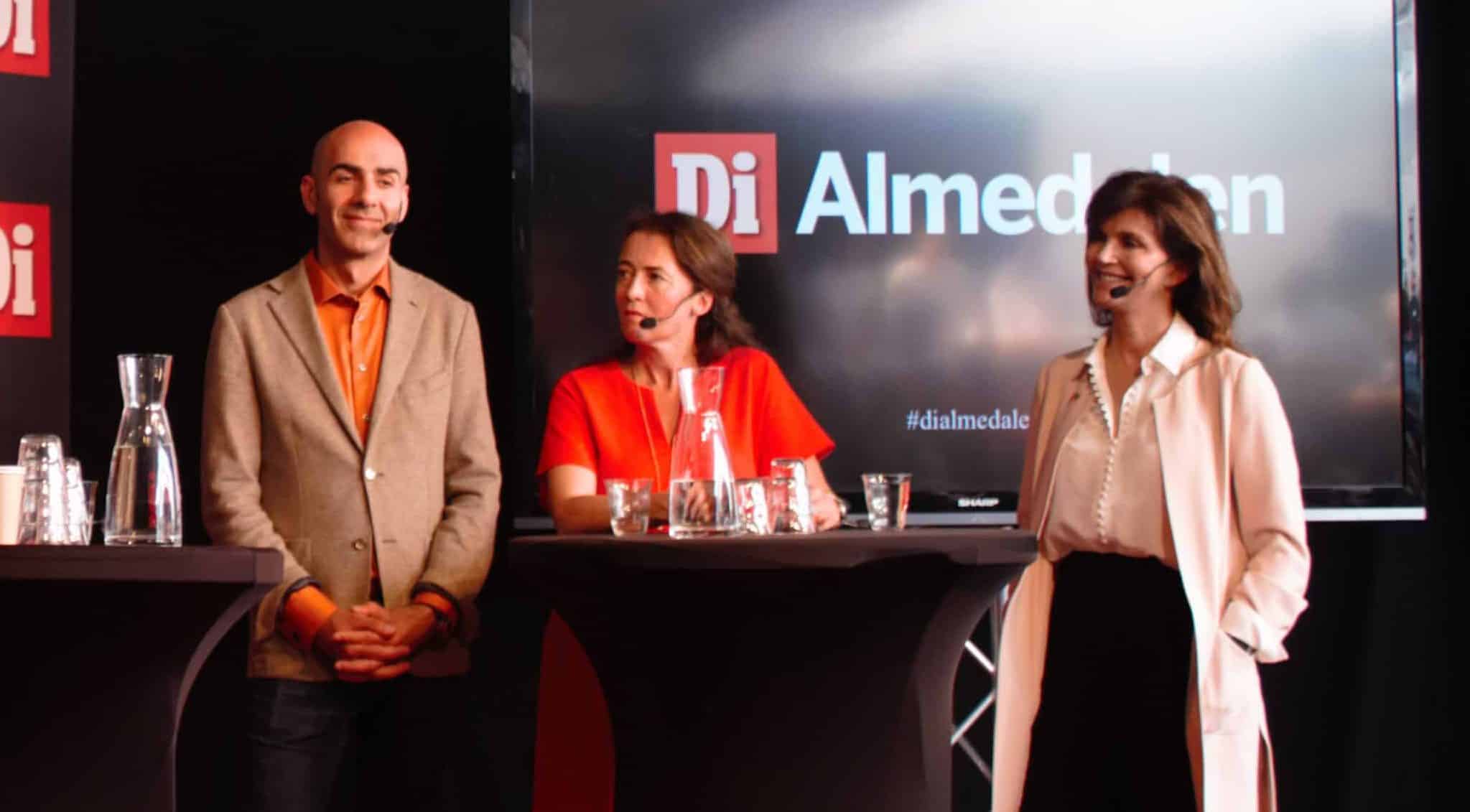 Swedish Investment in the U.S.
Arranged by: The American Chamber of Commerce in Sweden (AmCham)

On the 4th of July, the U.S. Independence Day, The American Chamber of Commerce in Sweden (AmCham) invited panelists to discuss Swedish Investment in the United States. Johan Marcus, Executive Director of SACC-USA started the discussion by stating, “Sweden is creating jobs in all 50 states, 25,000 in New York: The U.S. is vibrant, the economy is good and Swedish Investment is increasing in the U.S.” With a passion for helping Swedish businesses grow in the U.S., SACCNY President Anna Throne-Holst explained how the Chamber’s ambition will be particularly bolstered with the launch of our new initiative Gateway. On the topic of Gateway during the panel, she stated: “Our longtime members will use it as a home-away-from-home and will also function as a launching pad for entrepreneurs, wanting to internationalize into the U.S. market. It will be the place for cross-pollination and co-creation”. The panelists agreed that the U.S. market is profitable and has never been as accessible for Swedish companies.

Every morning and evening, Nasdaq marks the beginning and end of the trading day with a bell ringing ceremony. During the Almedalen Week, Nasdaq brought the bell to Gotland. On July 5th, Anna Throne-Holst was asked to do the honor of initiating the trading day by ringing the bell.