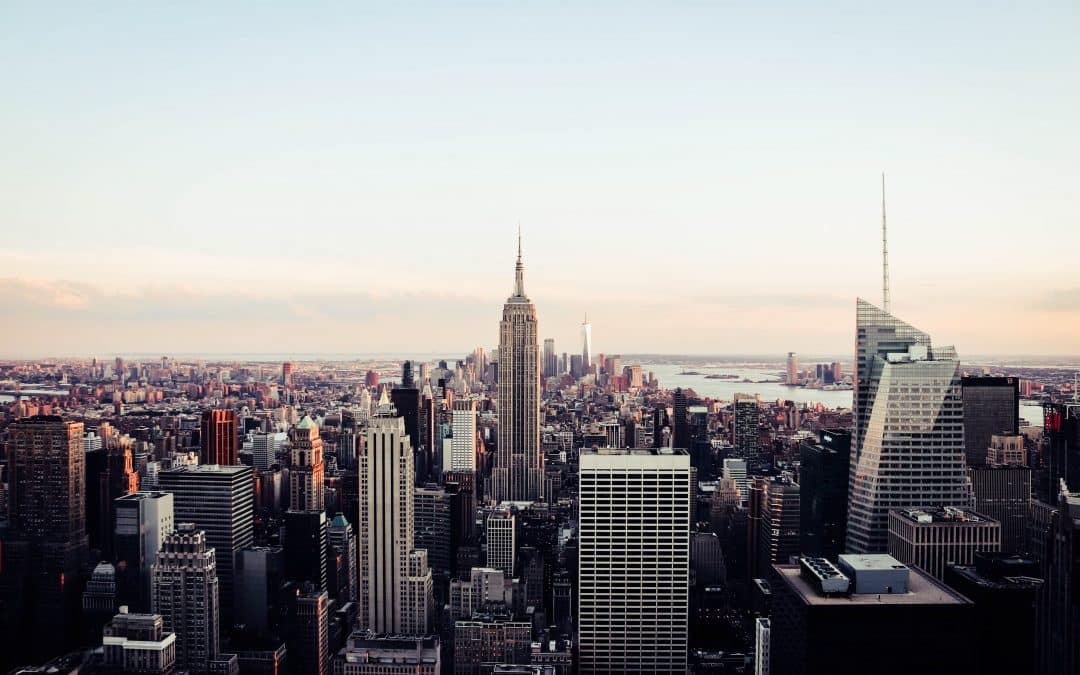 The top 13 Swedish innovators and entrepreneurs to watch in the U.S.

Might these entrepreneurs be the founders of Sweden’s next unicorns?

This year marked a milestone for Sweden as it claimed its position as Innovation Nation” and “The Startup Capital of Europe” in international media. Sweden was not only recently ranked as the second most innovative country in the world by the annual Global Innovation Index (GII), it also managed to produce some of the largest exists on the stock market this year through the listings and acquisitions of Spotify and iZettle. Being home to more unicorns per capita than any other European country to date, Sweden has undoubtedly caught the eye of American investors and venture capitalists looking for the next Swedish startup wonder.

Uniquely positioned as a bridge between the Swedish startup ecosystem and the American business community, the Swedish-American Chamber of Commerce in New York (SACCNY) works closely with many promising entrepreneurs, supporting them throughout their journey across the Atlantic and has compiled a list of the most promising Swedish entrepreneurs to keep an eye on this year. Take a look at the list and make sure to remember their names! 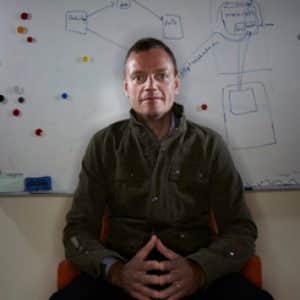 Cyber-security specialist and named among the World’s Top Young Innovators by Technology Review, Christopher Ahlberg has made himself a name among several national intelligence agencies and on the dark web. After finishing his studies at University of Technology, Ahlberg founded his first company, Spotfire, offering a Data Visualization and Analytics Software. Today Ahlberg is the CEO and Co-founder of Recorded Future, a threat intelligence analytics platform with customers and partners such as the U.S. Department of Homeland Security, the U.S. Secret Service, the Federal Bureau of Investigation, the National Security Agency and Fujitsu. The platform powered by machine learning automatically collects and analyzes potential threats from technical, open and dark web sources, enabling users to react to security alerts. Christopher Ahlberg was also one of the Award nominees for the Anders Wall Award in 2018. 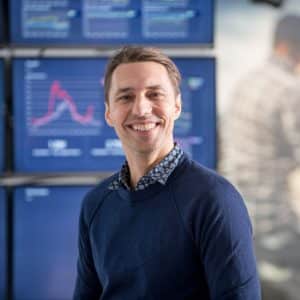 Prior to his current company, Johan Attby founded Tific – automation and self-service solutions startup which was acquired by American investors in 2011. Today, Johan Attby acts as CEO and Founder of Fishbrain, one of the fastest growing and most popular apps for sportfishing in the The app currently has more than 4 million users and has received funding from many eminent investors such as Northzone, Industrifonden and B Capital. The app is designed to connect anglers on a social networking platform where they can share their experiences, find new fishing spots and receive tips and tricks from each other. 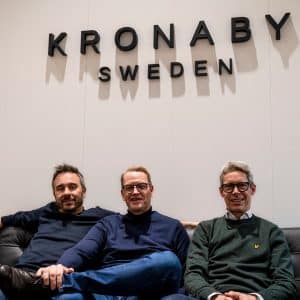 After a tough period for Sony in the mobile phone industry, these three Sony executives decided to make use of their extensive knowledge in developing mobile phones and smart watches at Sony for more than 15 years by starting the new Internet-of-Things company, Kronaby. With great connections from Sony, the founders managed to secure solid contracts with several suppliers and backers from the start, the Chinese component manufacturer Goertek being one of the first who went in with 95 million SEK. The idea behind the products is to offer timeless and beautiful watches which honor the classic features of a timepiece while combining it with human technology and all the features that a designed smart watch has. The latest models of Kronaby have been launched in Europe and the U.S. and are compatible with IOS and Android. They also have a battery life of approximately 2 years. Future plans include integrating wireless payments into the products. 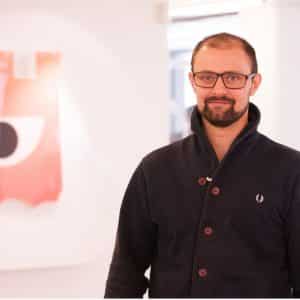 Former elite skier and management consultant at McKinsey, Rickard Carlsson decided to change course and take on new challenges when he became CEO of Detectify five years ago. During this time, he has managed to grow the startup from 4 employees to 35 and become an award-winning web security company attracting customers such as Trello and King. Moreover, Detectify provides cloud-based, online security scanners alerting customers about website vulnerabilities. was recently selected as advanced technology partner by Amazon cloud services and the company is expected to truly accelerate its international expansion shortly. Most recently, Carlsson was named one of Sweden’s “” by magazine, Veckans Affärer.

With more than 18 years of experience in founding and developing companies in various industries such as optics, biotech, image and signal processing, Fåhreaus has managed to receive numerous awards for scholastic and entrepreneurial achievements. Some of these companies include Cellavision, Anoto, Precise and C-pen. In 2002, Christer Fåhreaus was named “IT Person of the Year” and is currently active with his company, Flatfrog. Flatfrog develops and offers a range of touchscreen modules for large and flat displays, enabling an interactive experience based on in-glass technology. The company has partnered up with several big corporations such as Dell, LG and Intel and the technology is also used in Samsung’s new products. 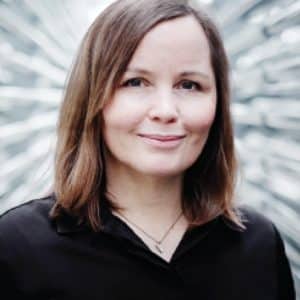 Combining state-of-the-art technology, branding design, Fredrika Gullfot has set her sights on challenging the Omega3 industry with a superior and sustainable alternative to fish oil. With a background in bio technology, Fredrika Gullfot saw the potential in algae which could be used in dietary supplements offering a non-GMO alternative to traditional supplements and founded Simris Alg in 2010. Simris Alg went public on First North in 2016 and has already started its expansion to the U.S. 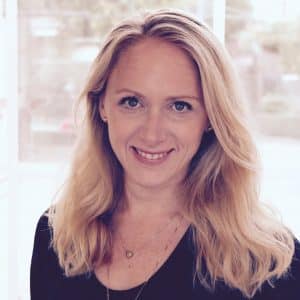 Kristina Lagerstedt is the CEO of 1928 Diagnostics, a Gothenburg-based med-tech/bio-IT company fighting the worldwide antibiotic resistance issue through a digital software service predicting and identifying virulence factors and outbreaks. 1928 Diagnostics was named second best tech company by DI Digital Startup Tour and nominated for Startup of the Year and Growth Company of The Year in The Serendipity Challenge in 2017. Kristina Lagerstedt has 15 years of experience in clinical research at Sahlgrenska University Hospital (SU) within molecular biology and genetics and is currently focusing on expanding operations in the U.S.

At the age of 20, Lisa Kristina Lindström went to the hospital for a routine surgery but ended up being paralyzed and for several years to come. This sparked her fighter spirit and has paved the way for her to go from HTML coder to praised CEO and digital frontrunner. Today Lindström is the CEO of Doberman, a widely celebrated creative design firm with offices in Stockholm and New York. During her time as CEO, Lindström has managed to significantly increase the profit and turnover by actively demonstrating superior customer experience and digital innovation as well as working closely with clients such as SVT, DN, Apoteket and Posten. The agency has also been recognized with several design awards and was appointed Sweden’s best design agency for nine consecutive years by Dagens Industri. Lindström was also an Award nominee for the Ander Wall Award for Exceptional Entrepreneurship in 2018. 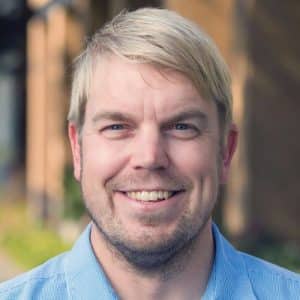 Most prominently known for his first company Jens of Sweden (JOS), player company which Jens Nylander founded at the age of 23, the entrepreneur has become a frequent figure in Swedish Media. Jens Nylander is also the founder of premium quality earphone brand JAYS which is listed on NASDAQ since 2011. Today the serial entrepreneur is based in Silicon Valley and serves as CEO and Co-Founder of Automile, a smart, mobile-based solution connecting drivers and fleet managers to their vehicle data. 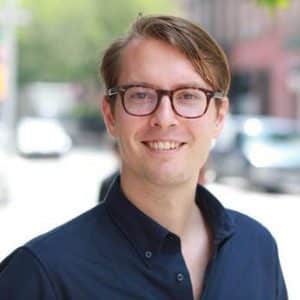 Sundblad is the Founder and CEO of Oden Technologies, an Industrial Internet of Things company helping manufacturers eliminate waste through data acquisition and analytics. Most recently, Willem Sundblad was named as one of Forbes 30 Under 30 for his work in transforming the manufacturing industry and he is also a contributor for Forbes.com, where he writes about the future of manufacturing. Oden Technologies has raised $5.9 million in venture capital from prominent investors such as EQT ventures, Atomic and Saul Klein and has offices in London and New York. Sundblad also received the prestigious Anders Wall Award for Exceptional Entrepreneurship at Innovate46 this year. Read the press release here. 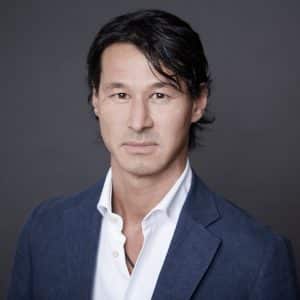 Toni Petersson’s path to becoming CEO of one the most controversial non-dairy food manufacturing companies in Sweden, was not completely straight-forward. Petersson actually has a past as a musician with a record deal in Japan and later even entered the restaurant industry in Malmö with the Japanese restaurant concept Izakaya Koi, which was expanded into an entire lifestyle brand prior to joining Oatly. When first being recruited to come to an interview for the position, Toni Petersson was very reluctant of the idea but ended up accepting the offer and quickly grew the company’s revenues from 200 million SEK to over 640 million SEK in a few years. Oatly produces various liquid oat foods and organic products for people who are lactose intolerant or simply dairy-averse. The company has become a huge success in Sweden and many other countries, most recently in the U.S. where it has gained significant exposure and recognition. 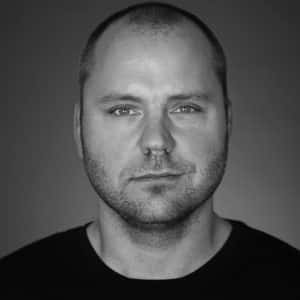 After a night out in Ola Sars decided to quit his job at a fancy marketing agency in Sweden in order to start his first company Tonium Pacemaker, the world’s first portable DJ mixer. Although backed by many heavyweights such as Max Martin and Industrifonden, the company had to be put down 5 years later. But convinced by the technology behind the music software platform, Ola Sars bought this fraction of the company and developed it into the music streaming service Beats Music in collaboration with Dr. Dre and record company boss Jimmy Iovine. Eight months before Beats Music was acquired by Apple, Ola Sars had decided to leave the company. Although missing out on the opportunity of a billion-dollar deal, the music-tech guru wasn’t let down by it. Today Ola Sars is the CEO and Founder of Soundtrack Your Brand, a B2B music platform aimed at businesses wishing to play, curate and organise music for their premises. 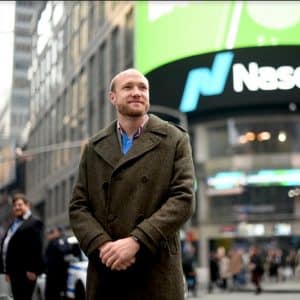 Already at the age of 14, Alexander Wallin gained interest in the stock market and how to make better trades. This interest resulted in a successful portfolio which paid for his education in San Diego, California and after researching crowd source investments during his exchange semester at Harvard, Wallin realized the potential in building a social investment platform. This platform became Sprinklebit, which today has a partnership with one of the largest banks in the Nordic region offering it to its customer base consisting of 7.2 million users. The app is also available in the U.S. and Asia and most recently Sprinklebit announced its plans to offer a crypto currency exchange platform integrated the app.

The entrepreneurs have been selected based on these criteria:

About the Swedish-American Chamber of Commerce, New York (SACCNY):

The Swedish-American Chamber of Commerce, New York (SACCNY) is a non-profit membership organization located in New York City. It was founded in 1906 and was the first Swedish-American Chamber of Commerce in the United States. SACCNY is the largest and most active Chamber of its kind in the US and one of the largest Swedish Chambers of Commerce in the world. Today the Chamber acts as platform to facilitate collaboration and transatlantic trade and business expansion through a series of pinnacle events such as the Chamber’s three conferences and its latest initiative–Gateway—an innovation platform facilitating business success in the United States.

Interested in learning more about SACCNY or how we can assist your business, visit our website: https://www.saccny.org or e-mail us info@saccny.org