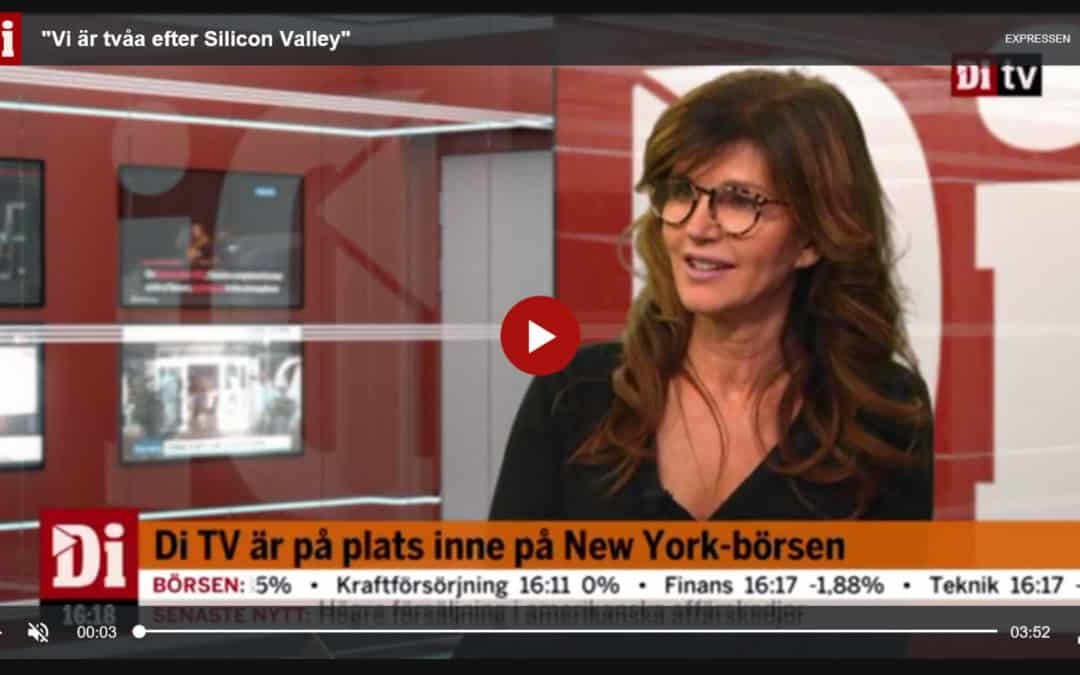 Spotify’s unconventional IPO – The Impact on the Swedish Entrepreneurial Community

CLICK HERE AND HERE TO SEE THE CLIPS (IN SWEDISH).

The Swedish digital music, podcast and video streaming service Spotify, officially launched in 2008, founded by the entrepreneurs Daniel Ek and Martin Lorentzon, went public on Tuesday, April 3. In less than ten years it has become a record-breaking success-company within the music industry. Spotify’s shares began trading on the New York Stock Exchange, under the ticker symbol “SPOT”, without a traditional IPO process.

Dagens Industri and Expressen TV reported live from Stockholm and from Times Square, New York, about the happening – the biggest Swedish “IPO” since Telia went public in June 2000. SACCNY’s President Anna Throne-Holst and Business Services Manager, Johannes Jarl, commented on the historic event and its potential impact on the Swedish startup sector:

– Sweden is second only to Silicon Valley when it comes to the number of unicorns produced per capita. The Chamber sees many companies who want to penetrate the U.S. market and we are ready to receive them and help them get started.

In what way do you believe Spotify inspires other entrepreneurs?

– I would say that Sweden has made itself a poster country for building good companies in the last century. What Spotify has managed to do is attract marquee investors from the American side, who are now looking into new European markets to put their American dollars. That itself opens up doors for Swedish entrepreneurs where they can find American investments, often to a much higher valuation than what would have been possible in Europe.

Sweden has managed to create many successful tech companies – what are the main contributing factors behind the what is often referred to as “the Swedish tech wonder”?

In what way has Spotify’s success facilitated the entry of other Swedish companies on the U.S. market?

– Spotify has acted as a validator for Swedish companies. It has gained some legitimacy for the Swedish tech generation. It certainly has shown, that Sweden – despite its small population – can produce world-leading tech companies of similar caliber as other global companies such as Twitter and Facebook. It shows that the sky’s the limit, even if you come from a small country such as Sweden.

How do you believe Spotify’s IPO will affect other startup companies?

– Spotify will be ranked among the top five IPOs of all time.This sends positive signals to the Swedish entrepreneurial community that you do not have to be a U.S. or Chinese-based company to rank among the biggest of them all.