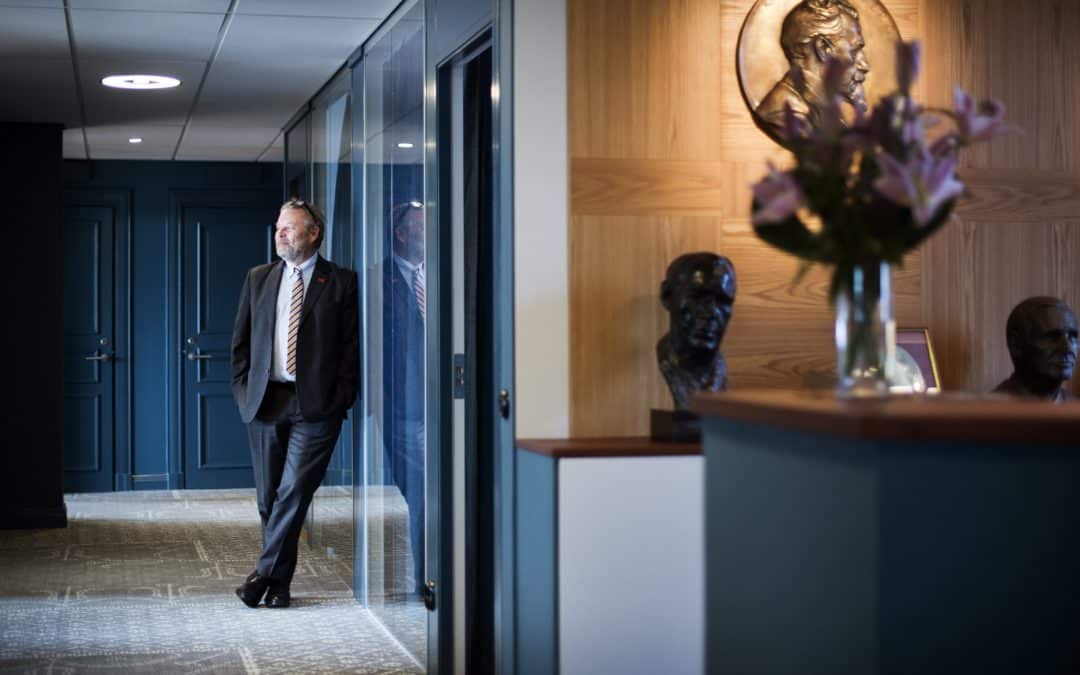 The Chairman of the Wallenberg Foundations, Peter ”Poker” Wallenberg came to SACCNY to talk about his path that eventually led to his current engagement in the research-supporting foundations initiated by his family.

On an early February brisk but sunny New York City day, Peter ”Poker” Wallenberg the Chairman of the Wallenberg Foundations, came to visit the Chamber’s office. SACCNY’s President Anna Throne-Holst greeted Peter, who also happens to be the brother of SACCNY’s Vice Chairman
Jacob Wallenberg, and invited him for a personal and intimate one-onone meeting in the Chamber’s blue armchairs.

Anna started the conversation by explaining SACCNY’s interest in innovation and entrepreneurship and her excitement to chat more with Peter since he has become somewhat of a poster child for such endeavors, as a funder of excellent research. First, and before moving on to Peter’s leadership with the research-supporting foundations funded by members of the Wallenberg family, he spoke of his personal path. 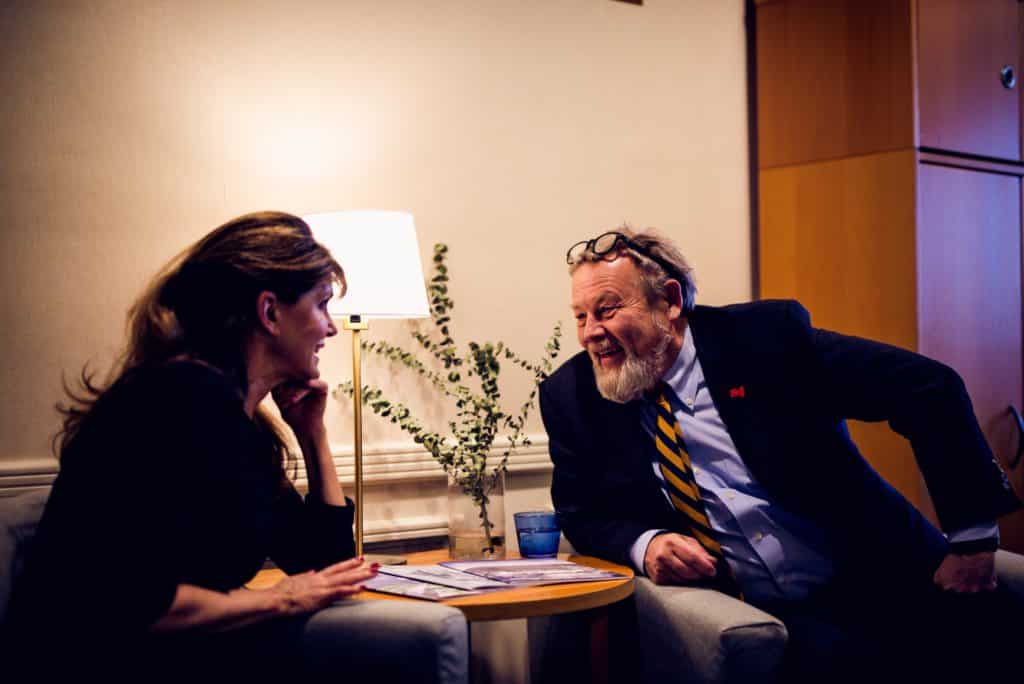 Can you tell me about your own path? How did you get to where you are today?

I have a very different professional background compared to my brother and cousin who are both in finance. Instead of diving into the financial sector, I pursued a Bachelor of Science in Hotel Administration at the University of Denver. The reason behind my choice dates back to when I first started to work during summers at the age of fifteen. One of my first jobs as busboy at the Grand Hôtel in Stockholm made me realize I truly enjoyed working with people, which I also ended up doing for the next 30 years. My grandfather Marcus Wallenberg wasn’t too happy with my choice. He always said, “You are smart enough to work within finance.” Fortunately, my father encouraged me to do what I was passionate about. My goal was to become the most educated piccolo in the world, and by doing what I loved and believed in, I eventually ended up as the CEO of Grand Hôtel, and am now Chairman since 2007. Just like my father encouraged me to follow my dreams, I’m now devoted to inspiring the sixth generation of the Wallenberg family to contribute in the way they desire, while educating them about the responsibilities that follow with the family name.

What opportunities for future improvements and change did you see when you became Chairman of the Wallenberg Foundations?
I first spent a decent amount of time getting more familiar with how research in Sweden works. After observing closely from inside of some of Sweden’s most prominent universities, absorbing researchers’ perspectives on Sweden’s strengths and potential areas for improvements, my team and I were able to suggest some changes. For instance, Göran Sandberg, Executive Director of the Knut and Alice Wallenberg Foundation has worked with shifting the focus to promoting excellent individual researchers instead of only promoting research groups. We also strive to make sure that conducting research in Sweden is attractive for the best national and international researchers. Further, we started a program for young researchers, giving them the opportunity to get their research funded for five years. The program is called Wallenberg Fellows and supports 190 young researchers today. Alongside with this program we have a similar program for established researchers called Wallenberg Scholars. We are also encouraging the universities to focus on finding and promoting female researchers.

What obstacles do you see for conducting efficient research in Sweden, and what actions can be taken to overcome them?
Sweden is a small country with limited funds for research, so I believe in increased collaboration and synergies between the public and the private sector. It’s only when these two come together that we can solve really big research problems. Also, it’s important to integrate the business sector and their research since trade is key for Swedish research and for Sweden as a country. If Sweden is going to be a leading country it needs to be a country with the ability to export quality products continuously. Since the purpose of the Wallenberg Foundations is to encourage Swedish science and research, the question of integrating all parts of society is close to my heart.

Within the research and science fields, where would you say that Sweden possesses the best know-how?
Life science and technology. Just look at some examples of our research and innovations: batteries made of paper, The Human Protein Atlas, and the digital autopsy table. The latter has been showcased on the TV-show CSI, and really charmed the U.S. market. Something we are also conducting research on is how to best manage business operations and employees in the fourth industrial revolution, driven by digitization and technology. In 2017, the Knut and Alice Wallenberg Foundation celebrated 100 years, as part of the anniversary, a jubilee donation for quantum technology and artificial intelligence (AI) amounting to SEK 1.6B, was launched. For the past five years, we have also been giving strategic grants to WASP (Wallenberg Autonomous Systems and Software Program). For us, it’s important to prepare employers, as well as the government on how to best take care of employees, and how to provide continuing education in the coming era when people will likely get replaced by robots. Once again, I want to stress the importance of collaborative research efforts between the business sector and the government. It is only when all are integrated that we can truly succeed as a society.

Thanks for visiting us.
Our door is always open.